EPBCS vs. Hyperion Planning (OFF Premises)

The timeline for the updates from Oracle have been to move clients that are on 11.1.2.3 or below to version 11.1.2.4. Eventually the updated Oracle version 11.2 will be the major renovation which will last for most Oracle patrons. The Planning Cloud released around 2015 has been updated on a monthly basis, with the versions showcased by simple numbers to represent the year and month of the patch or deployment.

It is believed going forward about 60-70% of all companies will move into the cloud due to some of the following reasons:

One of the biggest advantages of having an On-Premises system is that the client is in full control of the infrastructure hardware and software. This means the client will need to have the rack of servers, storage, CPUs, network links, connections, etc. between the servers and the clients systems. This puts additional stress on the client to have additional personnel to manage the hardware and associated systems. Additionally there are disadvantages of this set up. Patches and updates are deployed slowly and will not be current unless the client deems the patch needs to be deployed on their systems to improve performance or functionality. This also means that any storage, CPU or server demand is needed. There are usually complex processes in place to upgrade systems which will slow down the response time of the servers and hamper deadlines.

Figure 1: Home Screen Navigation in PBCS. This screen can be configured to only things that you use all the time. 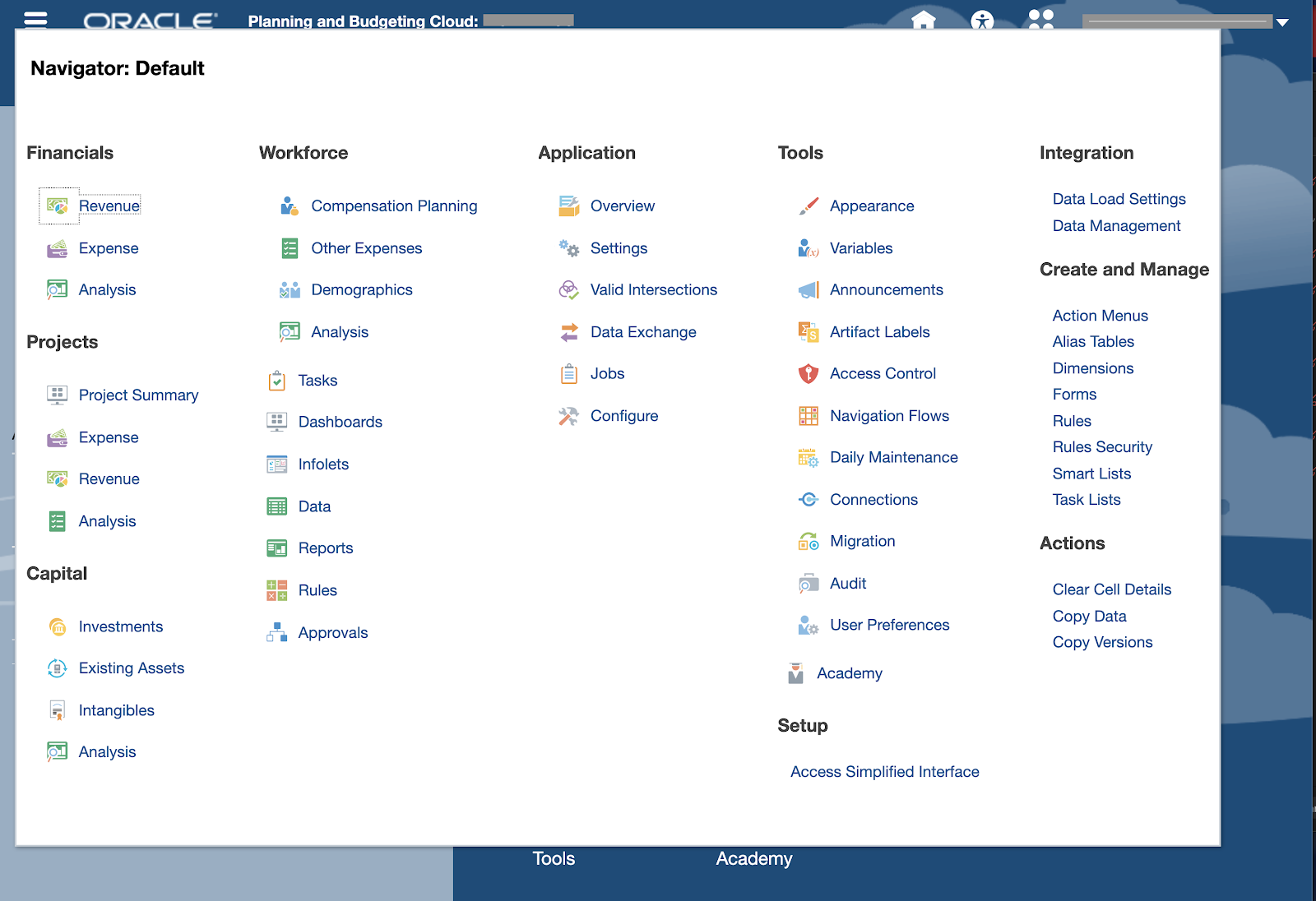 Figure 2: Navigation Menu which is where access to all the applications and modules within Planning in the cloud.

One of the drastic changes apparent between Hyperion Planning and PBCS are the changes seen within the interface of the two systems. All on-Premises work were done utilizing Workspace web application interface while PBCS has switched completely to a simplified user intuitive interface which can be customized based on the user role and access levels. With the new interface, PBCS is able to work with the latest versions of Microsoft Edge, Safari, Google Chrome and Firefox browsers while the on-Premises system still has limitations on what it will work with based on the version of the Hyperion Planning and workspace updates that have been implemented. This also means that End users, Admins, developers are no longer required to log into a VPN service or internal corporate network to be able to utilize the PBCS application. Newly built-in Infolets and Dashboards allow each person to see their relevant data as soon as they log into the system. From there one could view any pending tasks that are assigned to them. All Administrative tasks are done using the same web based interface for the Cloud services and there is no longer a separate application called Essbase Administrative Services (EAS) for administrative tasks. 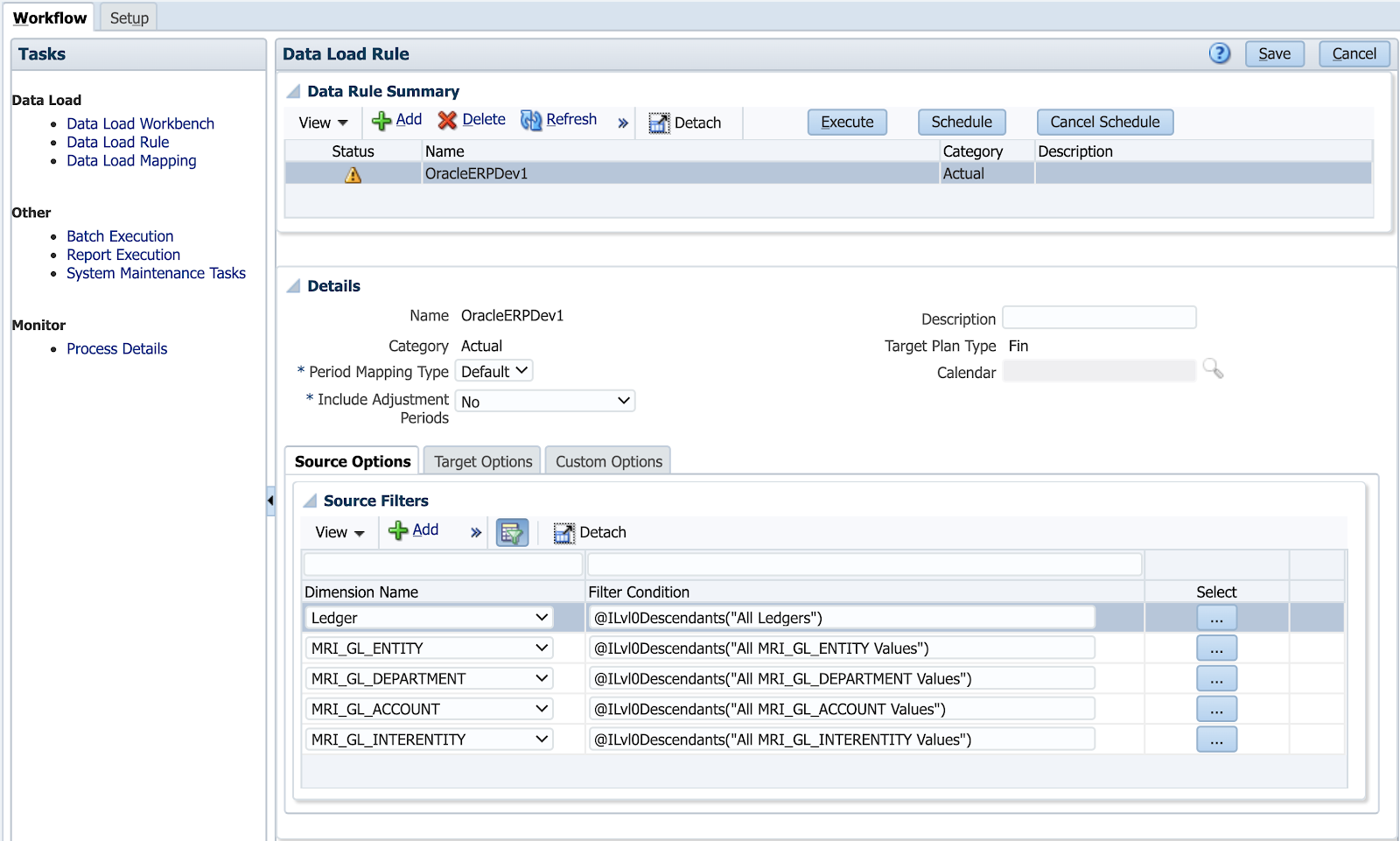 Figure 3: Data Management in PBCS where you pull in data as flat files or directly from other EPM applications with Data mapping.

In the On-Premises application we relied mostly on Financial Data Management Enterprise Edition (FDMEE) to load data. Within the new cloud system, the same module is included as a free product with a new name “Data Management”. The module updates at the same cycle as all the EPM applications. Certain intersections can be deemed as invalid to insure accidental entry of data is not performed at these intersections that do not make business sense. You can utilize Enterprise Data Management Cloud Services (EDMCS) to manage the Metadata and Hierarchy changes across multiple applications.

What is included with PBCS or ePBCS?

Depending on your business requirements and needs, it can be a PBCS or Enterprise PBCS that is deployed at your facility. This system comes with two environments (production & Non-Production) with only one planning application that encases 3 ASO and 3 BSO Plan Types.

Security is slightly different between the PBCS and On-Premises Hyperion Planning application. Security levels such as read and write access levels based on Dimensions, forms and report security is fairly consistent between the applications but the way users are provisioned is different. In the Planning cloud system the provisioning is done by Oracle Identity Management (IDM) while the On-Premises provisioning was through their existing Microsoft Active Directory (MSAD) and Lightweight Directory Access Protocol (LDAP) accounts.

Oracle has been innovating and pushing the envelope when it comes to cloud services. From the looks of things to come, it definitely seems like the route that the future is going to hold for 80-90% of the enterprises will be to move into the cloud. Right now the On-Premises Hyperion Planning system is true and tried and very robust. Planning and Budgeting Cloud Services is very robust and getting better with new features which may never get ported into the On-Premises Planning system. Is it the right time for your company to switch? Let us help you make that decision with our experienced team.

ParadigmSES will work with you to provide a free analysis of your current system and what your needs and how we can enhance your system to leverage all the functionality available in the Planning and Budgeting Cloud Services. Call Us! Schedule your Free Enterprise Performance Managment Demo, to see it in action!